Chris and Her Health Journey 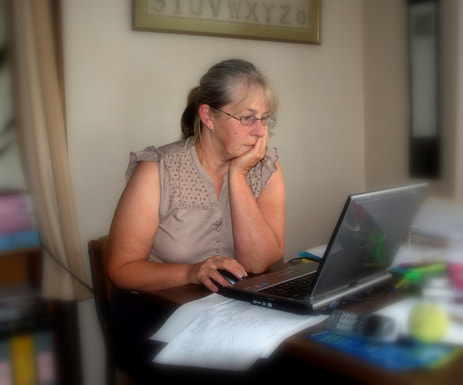 ​About the end of 2013, Chris and I decided we were overweight and gaining. At that stage we were both 90kg. I did a bit of
research, based on the movie I'd seen called Fat Head, and discovered a wealth of literature that pointed to low carbohydrate and high
fat being the possible solution to our weight issues.
​
​I had always been happy to eat meat and cream, but also with plenty of bread and sweet things. Chris, not so much meat, but plenty of flour and sugar based baking. I thought my fairly excessive beer drinking had been partly responsible, so had given that up some 4 years earlier. In spite of giving up my Heinekens (which Russell may remember) I still continued to put on weight.

So the best option for us seemed to be for me to take over the cooking and come up with meals for the two of us that met the low carb, high fat criteria. Basically, we could eat as much meat, eggs, fish and dairy products as we liked, but had to quit the bread, potatoes (and other vegetables that grew underground), rice and pasta. The theory with the way of eating was that you could 'fill up' on fatty foods and simple fibrous green veggies (the crucifer family, broccoli, cauli, cabbage) and that would give you the nutrients you needed but also curb the appetite automatically, such that you didn't overeat on carbs. Initially there were still carb and sugar cravings, but that went away - as did the weight.

We both shed about 15 kg (or 17% of our starting body weight within about 4 months. We went from 'obese' to the top end of 'normal'. Waist measurement was half or less than our height (the best indicator of healthy weight - in my opinion).

About 4 years earlier, Chris had had a coronary event (possibly a plaque dislodging), and was consequently on blood pressure lowering medication and statins. The latter possibly implicated in what was to follow.

About eight months into our LCHF (low carb, high fat) WOE (way of eating), Chris experienced a startling bleed from her rectum. A subsequent visit to the doctor and one colonoscopy later, she was diagnosed with a T2N2 colorectal cancer, about 1 cm from the rectum. A plan was put into effect that involved a couple of months of chemo-assisted radiation therapy to be followed by surgery to excise it. The hope was that the tumour would shrink and give more margin around it for successful surgery. We were assured that it wasn't likely to be a recent development, but had possibly been progressing for over a year. Another (more benign) adenoma/polyp had been cut out during the examination.

During the 2 months of treatment, it appeared there was some shrinkage of the tumour, which had regressed to a T0N0 ("no more than an ulceration" according to the surgeon). The oncology team told us that this level of shrinkage only occurred in about 14% of similar cases - they had no theories as to why some experienced it and others did not. When I tried to advance some of the theories about ketogenic diet and cancer they shut me down pretty quick and flat out said that diet had nothing to do with it. Also, earlier in the year, Chris had opted out of the statin medication that she was in (and boy, did that cause a ruckus in the doctor's office). Nevertheless, she was off all statins by the time she started the pre-surgery treatment and this, I believe is yet another factor in the disappearance of the tumour.

So, what do I think happened?

Years of a high carb, high fibre - (Chris liked bran for her breakfast), diet, primed her colon for the irritation that began the process of abnormal cell development that becomes the cancer. Whether it was the irritation by harsh insoluble fibre wearing away at the walls of the colon, or irritation from by-products of the types of bacteria needed to break down the fibres in the diet, isn't yet clear to science. What is known, however, is that colon cancer is positively associated with fibre - as are many other bowel disorders. (Read 'Fibre Menace' by Konstantin Monastyrsky.)

At the cellular/mitochondrial level, cancer cells cannot get energy from fats - as healthy cells can, and absolutely go crazy for glucose. This is the property known as the Warburg effect and is how they use glucose with a radioactive marker to highlight the cancer cells in PET scans.

So, a high carb diet, is basically a high glucose diet, as most of the carbohydrates get converted to glucose. While the body is being fed on carbohydrate, insulin must strictly control the blood glucose level and actively suppresses fat metabolism. On the other hand, when you cut carbs out of the diet as drastically as Chris and I did, your body turns back into being a 'fat-burner' - at least the cells that CAN burn fat will do so - but the 'broken' cells, the ones with damaged mitochondria that can only use glucose for energy, start to starve off.

In addition, statin drugs inhibit the body from creating cholesterol (a vital substance the body uses to heal cells and perform important functions - like create vitamin D from the sun for example. Vitamin D3 levels in the body are negatively associated with a number of cancers, particularly breast, prostate, colon and pancreatic. Cutting off the mechanism for creating cholesterol will directly interfere with the body's natural ability to combat cancers. Vitamin D is a fat-soluble vitamin and a low fat (therefore 'high carb') diet can inhibit the transport of the important fat soluble D, E, A and K vitamins.

While one person (on statins compared with placebo) in one hundred (males only - there is no positive outcome for women) will have a positive cardiovascular outcome (possibly due to the minor anti-inflammatory property of statins), 10 will develop diabetes and 4 will get cancer.

While many things are considered carcinogenic these days, it is my contention that we are leaving ourselves open to cancer by things that are not included in our environment so much now - namely vitamin D from sun exposure and plenty of animal fat in our diet to help transport the healthy vitamins we need. These are things that we have spent 2.5 million years evolving to, but the last 15,000 devolving from. The advent of agriculture and grains, followed by highly refined grains and sugars and more recently the anti-fat and cholesterol movements of the last 50 years, have all conspired to put us off course.

Chris experienced the 'perfect storm'. Coming from a family that enjoyed baked goods set her up for insulin resistance and inflammation
that probably triggered some heart issues. The subsequent statins she was put on, prevented her body from protecting itself from the
next most likely carcinogen to come along - in her case fibre in the colon. The high carb diet she was on previously, would have been
​happily ​feeding the proliferating cancer cells.

​Chris's Promethease report on her genome