Update: Results have come in and they aren't all that spectacular. Triglycerides are lower than in 2010 and HDL is higher. LDL is fairly meaningless until they work out how do to particle count in New Zealand. It might be early days yet, on the zero carb trip, (being only 4 months in). One thing I'm curious about is why the C-Reactive Protein (bottom table) has elevated to 11. Something must be going on - but what?

On another note, after reading Phinney and Volek, it transpires that the calculation of TG/HDL gives a reasonable surrogate for working out the LDL particle size. "Values of TG/HDL-C over 3.5 indicate that you probably have pattern B with a predominance of small LDL particles, and a ratio this high indicates there's a good chance you may also have insulin resistance."

As can be seen from the ratios, I did get up to 4 back in 2013 but have dropped back quite well over the next two blood tests, indicating that my LDL particles are pattern A, with a predominance of the large fluffy style. I will just have to explain it slowly to the physician.


Further Update: I did further research and found that the triglycerides have to be converted by a different number before a sensible ratio can be calculated for TG/HDL-C. So I got all that wrong above and the ratios now indicate predominantly pattern B.

I got a lipid panel done at the same time (really to see how triglycerides were going), and triglycerides have dropped considerably (down to 1.2 mmol/L) the ratio TG:HDL-C of 2.5 (using American numbers) indicating that my LDL is now predominantly pattern A and that I am not as insulin resistant as I might have been in the past. 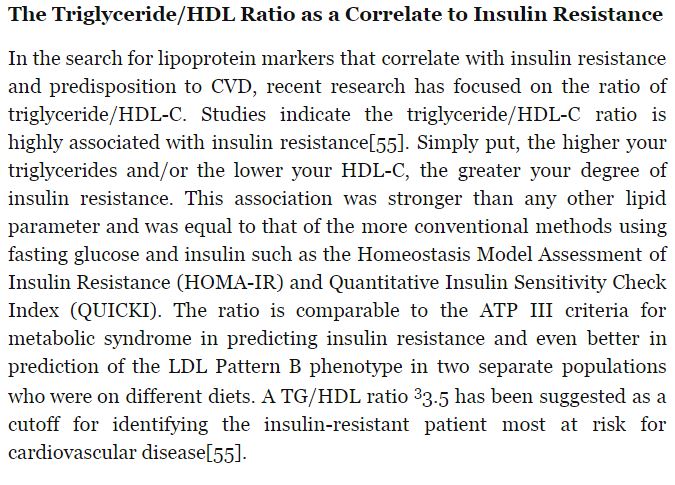 The Art and Science of Low Carbohydrate Living - Phinney and Volek
Mortality by Cholesterol Levels
"According to the NHS Choices website TC should be less than 5.0 mmol/L and LDL cholesterol should be less than 3.0 mmol/L. All the information quoted above [in the link] demonstrates that for people over 60 years old these levels are associated with an increase in all-cause mortality. For older people it is evident that the higher the TC value the lower the death rate. It is difficult to understand why the relevant public policy places so much emphasis on cholesterol reduction." 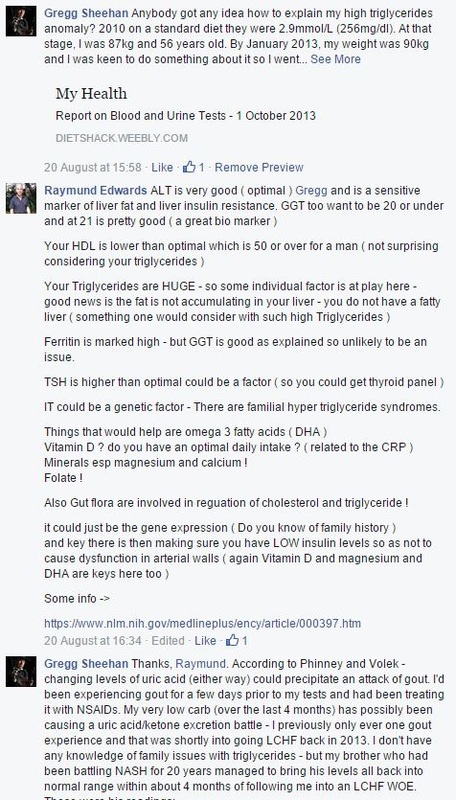