Places I've been looking to find facts about Health and Diet

From the Olden Days...
The following edition of The Journal of Clinical Nutrition from 1953 shows that we have gone backwards from those days and are currently in the process of reinventing the wheel. While the current authorities are shouting "low fat" from the rooftops, it is being left up to us on the fringe to point out that the best way to lose fat is to eat fat and cut out carbohydrates. If you read the paper below you will note that they already knew, back then, that an obese person could lose weight without starving themselves by simply filling up on fat and protein while restricting carbohydrates. Even our grandmothers knew we would get fat if we ate too much potatoes!
PDF of article
From 1960
"The sugars and starches of our diet form its least valuable part and indeed contribute nothing which cannot better be gained from fat and protein foods like meat and fish, eggs and cheese, supplemented by green vegetables and some fruit. Such a diet provides an abundance not only of energy, an ounce of fat containing twice the energy of an ounce of sugar or five ounces of potatoes, but also such a diet provides an abundance of vitamins, trace elements and essential animo acids in fact, an abundance of all those subtle, yet essential, nutrients which are so often lacking in diets based largely on the fat-forming carbohydrates. So, to the benefit of losing weight, the obese, in following Dr. Mackarness's diet, will add the benefit of eating, probably for the first time in their lives, a wholly satisfactory diet.(From Eat Fat and Grow Slim" The Mackarness Diet ("Eat Fat and Grow Slim") by Richard Mackarness, 1960
A good article about Mackarness exploring low carb eating here.
Georgia Ede has a very fine website that explains some very scientific information in a really easy to understand way. The site is a mine of information and it is possible to spend many hours browsing it. I have!
Her website is Diagnosis: Diet and some of the really cool articles are:
Andreas Eenfeldt, MD is a Swedish doctor who has been promoting an LCHF for Beginners diet, (Low Carb High Fat).
His website, DietDoctor has many good resources for anyone studying the effect of food on health.
Tom Naughton is the guy who got me started on this path, with his documentary Fathead. It is a funny but serious look at the myths we've been fed about our diet and the rising obesity epidemic. He has many blogs and links to good information about food and diet.
Dr. Malcolm Kendrick, author of "The Great Cholesterol Con" in which he:

"exposes the truth behind the hype, revealing: high cholesterol levels don’t cause heart disease; a high-fat diet – saturated or otherwise – does not affect blood cholesterol levels; and, the protection provided by statins is so small as to be not worth bothering about for most men and all women."

also advocates the use of potassium  for a longer healthier life.
Don't take my word for it - read his blog.
Essays by Malcolm Kendrick - These are worth a read. I like his writing style - he doesn't mind calling a spade a spade.
Based on Malcolm Kendrick's work, Zoe Harcombe has made a couple of videos that help us understand the role of saturated fat and cholesterol as it relates to heart disease. Arm yourself by watching these if you expect any grief from your doctor.
Zoe video 1
Zoe video 2
Keto-Adaptation: Health, Performance, and Beyond – Jeff Volek
$TATIN NATION The Great Cholesterol Cover-Up
In which we find that:

New Study that shows a 20% chance of a significant adverse effect. This is a much greater number of people than will benefit, even if using statins as a secondary preventative.

Download File
The International Network of Cholesterol Skeptics have a very extensive list of overviews here
Francesca Greenstreet - a sixth year student at Westminster School wrote an essay which should shed much light on all of this. The essay appears on one of Malcolm Kendrick's webpages here. If a teenager can make sense of it all then there shouldn't be any problem for you...

If you are a sceptic and have managed to find some new data (or even old), that conflicts with the conclusions drawn by her, I would be interested to hear from you. Visit the forum and have a say.
Peter Attia, an engineer turned doctor turned researcher, who has reversed some of his thinking about obesity and diabetes over the last few years, once admonished a person for going on the Atkins diet. The reason being his own ignorance and misunderstanding of ketosis. Since then he has been on a path of discovery and has written about the process of ketosis in parts 1 and 2. Well worth a read if you want to have a clinical understanding of the subject. Be warned, your brain will hurt by the time you get to the end!
For a simpler to understand read about what your doctor may be confusing with ketosis, he has written an explanation of diabetic ketoacidosis vs. nutritional ketosis in "Is ketosis dangerous?". Very useful if you need to put your doctor straight - last week Chris's doctor got it wrong...
In recent news, billionaires, John and Laura Arnold, are funding some research which is aimed solely at working out what is at the heart of our obesity epidemic. They are putting some money (about $28M) into the Nutrition Science Initiative, or NuSI, headed by Peter Attia and Gary Taubes.
Clearly the science of nutrition is flawed or we wouldn't be in the pickle we are in. Totally independent of money from major food and drug corporations, NuSI is set to design and implement proper clinical trials to get to the bottom of our eating woes.
Here is an article, part 6 of a 10 part discussion on cholesterol, that is worth looking at if you want to bamboozle your doctor when he tries to bamboozle you.
"Would you like an arterial bypass with your order?"  Here is a remarkable essay by a retired cardiologist, written in 2012, after he turned 90. His name is Bernard Lown and he seems to be a very ethical practitioner totally committed to medicine's first principle, primum non nocere - "first do no harm".
His essay, "Maverick's Lonely Path in Cardiology" is worth a read if you have the time - or are looking for a second opinion regarding some heart surgery, or other, that is about to be foist upon you...
What about some added salt? Here is an expert on salt in the diet and what happens to it... Summary
Sodium is an essential nutrient involved in fluid and electrolyte balance and is required at a very closely controlled extracellular concentration of 137-145 mmol/L for normal cellular function [1].
The main function of sodium in the body is to maintain the transmembrane electrical potential with sodium on the outside of the (cell) membrane and potassium on the inside. This is crucial for the survival of all cells. [2]
Salt is excreted totally passively by the glomeruli when the blood is filtrated in the kidneys. The excretion capacity is practically unlimited with 1 000 grams to 2 000 grams of salt per day [3].
The major problem for the body and the kidneys is to reabsorb enough sodium (usually more than 99 % but less than 100 % of excreted sodium in glomeruli) from the primary urine to stabilize and maintain the normal level of sodium in blood and extracellular fluid at the precise level of 137-145 mmol/L [4].
We are therefore unable to manipulate the blood pressure by manipulating the amount of sodium in the food. All excess of sodium intake is immediately excreted in the renal glomeruli and not reabsorbed in the renal tubuli. Any deficiency in sodium intake versus sodium excretion is almost immediately life threatening. It is totally safe to let us be guided by our gustatory system when we add salt and water to our food. We do have multiple sodium sensors and volume sensors in our body including a central processing unit closely controlling both sodium and water levels in the body.
There is no scientific relationship between salt intake and blood pressure/hypertension. There is no way to manipulate the blood pressure by manipulating the salt intake.

More on the subject:
Confessions of a vegetarian turned vegan turned meat eater.
Carly Shankman tells her story of eating for health.
Carly has found that the path to true health is through a diet that includes ethically obtained meat. Now she helps others to be healthy as well.
Dan Brown writes some interesting and detailed factual blogs on the nutrition debate (particularly with reference to diabetics), on his website thenutritiondebate.com

This is a great website and has heaps of information. For a good read look at this article:Top 13 Nutrition Lies That Made The World Sick and Fat
Well, for those doctors, (I'm not necessarily talking about you, Mike), that would have me read "papers" rather than "blogs" to help me form opinions about statins and their relevancy in treating atherosclerosis and cardiovascular disease - here is a paper to read!
Be warned, there are some big words in it. But it is mainly about the role of other players in the game - tending to exonerate poor old lipids that have been given such a hard time over the last 30 years. Get people off statins, allow their natural defences to come into play!

If you want to really understand what cholesterol is, how it works and where it comes from - read this essay by Peter Attia

The Nutrition and Metabolism Society has a website full of resources including recipes for low carbohydrate meals, dispelling myths about low carbohydrate diets and information about how low carbohydrate eating relates to various diseases.
Here is a study specifically testing a ketogenic diet for obese patients. Speaks for itself.
Michael Eades showing how the cholesterol numbers stack up
Link to Tara's doc on Google Drive. Some great links to various studies about all things nutritional - relevant things that is!
The Food Heretic writes about the 'religion' of diet
Eating several small meals a day will increase your metabolism and help with weight loss... I don't think so.
The case against wheat deepens. It may be that WGA is the major culprit.
This Catalyst special Dr Maryanne Demasi investigates the science behind the long established claims that saturated fat causes heart disease by raising cholesterol. The National Heart Foundation makes a shocking admission that will make you wonder whether this has all been a big fat lie.
UPDATE: These programs were pulled from the Catalyst website by the ABC after many complaints and a report that concluded there was some bias evident in the second program. Here is a discussion by Dr Briffa on the details surrounding this.
A concise and informative analysis of what we know about cholesterol and what you need to know when dealing with your doctor.
Another video by Demasi - this time on sugar

Eat Fat and Lose Fat - The Experiment and Results

Experiment showing that eating saturated fat instead of carbohydrates results in faster weight loss while at the same time lowers the amount of plasma saturated fatty acids. In other words more fat in diet results in less fat on your  body and in your blood. Experiment and discussion here - complete with diagrams.
In this video by Dr. Kieron Rooney we get to learn the biochemical mechanisms that make low carb high fat eating work to lose weight.
Why can some primates (gorillas) live on a vegetarian diet, while humans need to eat meat? Here is a good essay by someone who has studied the subject and can give some good reasons. (Forgive the mistakes in the grammar - I suspect that English is a second language - otherwise it is well reasoned.)

The Cholesterol Conundrum - and Root Cause Solution 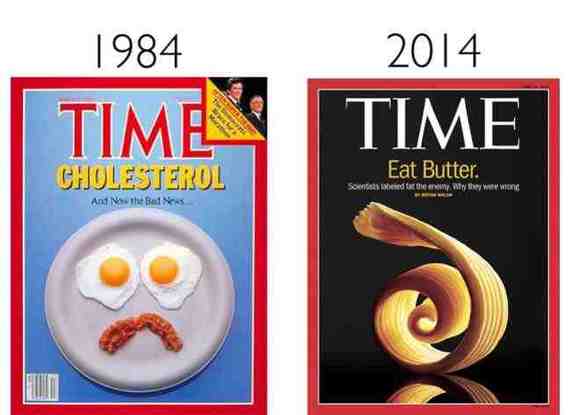 Time magazine have now published a watershed article. Ending the War on Fat 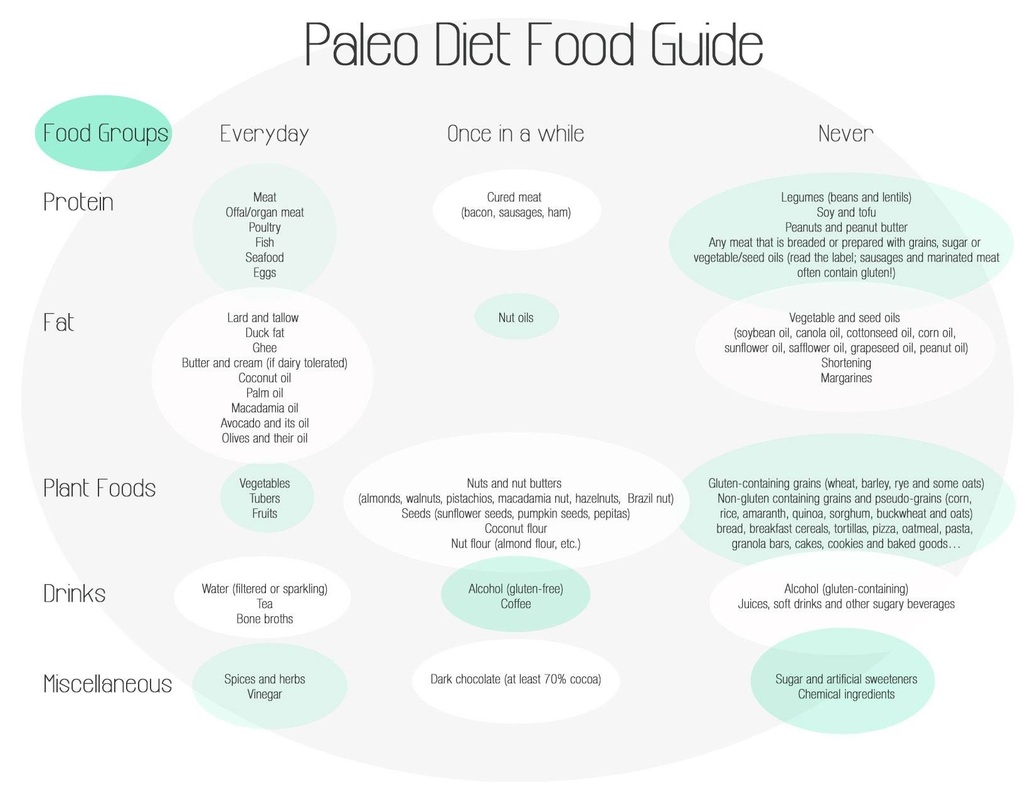