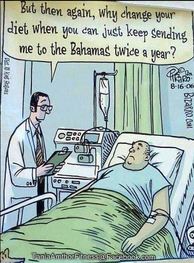 Assessing cardiovascular disease: looking beyond cholesterol - Kendrick, Malcolm - August 18, 2022
​
"We now have a greater understanding of the endothelial/glycocalyx function and how endothelial damage links to thrombus formation and lysis, and these new findings strongly suggest that Rokitansky, Duguid, Ross and Elspeth Smith, and others, may well have been correct.

Thus, whilst this article is entitled “Assessing cardiovascular disease: looking beyond cholesterol”, it may have been more accurate to call it, ‘Assessing cardiovascular disease, looking before cholesterol’, because the thrombogenic hypothesis precedes the cholesterol hypothesis by many years. It is fascinating that recent research now provides an increasing evidence base."
Top Cardiologist Blasts Nutrition Guidelines
“Previous guidelines said reduce fats and compensate for it by increasing carbohydrates … and so essentially we’ve increased carbohydrate intake in most Western countries and this is likely damaging. We were in for a big surprise. We actually found that increasing fats was protective.”
- Salim Yusef
Dietary Intake of Saturated Fat Is Not Associated with Risk of Coronary Events or Mortality in Patients with Established Coronary Artery Disease​
Abstract
Background:
Data from recent meta-analyses question an association between dietary intake of saturated fatty acids (SFAs) and risk of cardiovascular disease (CVD). Moreover, the prognostic effect of dietary SFA in patients with established CVD treated with modern conventional medication has not been extensively studied.
Objective:
We investigated the associations between self-reported dietary SFA intake and risk of subsequent coronary events and mortality in patients with coronary artery disease (CAD).
Methods:
This study included patients who participated in the Western Norway B-Vitamin Intervention Trial and completed a 169-item semiquantitative food-frequency questionnaire after coronary angiography. Quartiles of estimated daily intakes of SFA were related to risk of a primary composite endpoint of coronary events (unstable angina pectoris, nonfatal acute myocardial infarction, and coronary death) and separate secondary endpoints (total acute myocardial infarction, fatal coronary events, and all-cause death) with use of Cox-regression analyses.
Results:
This study included 2412 patients (81% men, mean age: 61.7 y). After a median follow-up of 4.8 y, a total of 292 (12%) patients experienced at least one major coronary event during follow-up. High intake of SFAs was associated with a number of risk factors at baseline. However, there were no significant associations between SFA intake and risk of coronary events [age- and sex-adjusted HR (95% CI) was 0.85 (0.61, 1.18) for the upper vs. lower SFA quartile] or any secondary endpoint. Estimates were not appreciably changed after multivariate adjustments.
Conclusions:
​There was no association between dietary intake of SFA and incident coronary events or mortality in patients with established CAD. J Nutr doi: 10.3945/jn.114.203505
Japan - Posterboy for Low CHD and Low Cholesterol in the '60s Now Low AND High (the 'New' Paradox?)
﻿Age-adjusted CHD mortality continuously declined between 1980 and 2007 in all these countries. The decline was accompanied by a constant fall in total cholesterol except Japan where total cholesterol continuously rose. In the birth cohort of individuals currently aged 50–69 years, levels of total cholesterol have been higher in Japan than in the USA, yet CHD mortality in Japan remained the lowest: > 67% lower in men and > 75% lower in women compared with the USA. The direction and magnitude of changes in other risk factors were generally similar between Japan and the other countries.
HBa1c - Better Indicator of Risk for Heart Disease than Lipids
​Worried about heart disease? What's more important cholesterol or HBa1c?
Ivor Cummins on Heart Disease
Association between insulin resistance and the development of cardiovascular diseaseAbstract
For many years, cardiovascular disease (CVD) has been the leading cause of death around the world. Often associated with CVD are comorbidities such as obesity, abnormal lipid profiles and insulin resistance. Insulin is a key hormone that functions as a regulator of cellular metabolism in many tissues in the human body. Insulin resistance is defined as a decrease in tissue response to insulin stimulation thus insulin resistance is characterized by defects in uptake and oxidation of glucose, a decrease in glycogen synthesis, and, to a lesser extent, the ability to suppress lipid oxidation. Literature widely suggests that free fatty acids are the predominant substrate used in the adult myocardium for ATP production, however, the cardiac metabolic network is highly flexible and can use other substrates, such as glucose, lactate or amino acids. During insulin resistance, several metabolic alterations induce the development of cardiovascular disease. For instance, insulin resistance can induce an imbalance in glucose metabolism that generates chronic hyperglycemia, which in turn triggers oxidative stress and causes an inflammatory response that leads to cell damage. Insulin resistance can also alter systemic lipid metabolism which then leads to the development of dyslipidemia and the well-known lipid triad: (1) high levels of plasma triglycerides, (2) low levels of high-density lipoprotein, and (3) the appearance of small dense low-density lipoproteins. This triad, along with endothelial dysfunction, which can also be induced by aberrant insulin signaling, contribute to atherosclerotic plaque formation. Regarding the systemic consequences associated with insulin resistance and the metabolic cardiac alterations, it can be concluded that insulin resistance in the myocardium generates damage by at least three different mechanisms: (1) signal transduction alteration, (2) impaired regulation of substrate metabolism, and (3) altered delivery of substrates to the myocardium. The aim of this review is to discuss the mechanisms associated with insulin resistance and the development of CVD. New therapies focused on decreasing insulin resistance may contribute to a decrease in both CVD and atherosclerotic plaque generation.
Study of the Use of Lipid Panels as a Marker of Insulin Resistance to Determine Cardiovascular Risk​Abstract
Context:
When assessing the lipid panel, practical physicians tend to focus on the low-density lipoprotein cholesterol (LDL-c). However, an elevated triglyceride/high-density lipoprotein cholesterol (HDL-c) ratio, suggesting insulin resistance, also effectively predicts cardiovascular outcomes but requires different treatments than an elevated LDL-c. We tested whether high triglyceride/HDL-c ratios are associated with more risk than high LDL-c concentrations or other lipid markers of atherogenicity.

Methods:
We followed 103,646 members aged 50 to 75 years without cardiovascular disease or diabetes in a community health plan. Subjects were categorized as insulin sensitive or insulin resistant on the basis of triglyceride and HDL-c in the index year. The primary outcome was ischemic heart disease. The percentage of subjects with a primary outcome after 8 years was stratified by insulin category, lipid measures, and blood pressure. Hazard ratios (HR) for insulin resistance, LDL-c, age, sex, and the presence of hypertension were determined in a multivariate analysis.

Results:
Subjects with insulin resistance but lipid measures healthier than the median had worse outcomes than those who were insulin sensitive but had unhealthier lipid measures such as non-HDL-c and the ratios of total cholesterol/HDL-c and LDL-c/HDL-c. The HR for a 60 mg/dL increase in LDL-c was 1.14 (95% confidence interval [CI], 1.10–1.18); the HR for an LDL-c greater than 160 mg/dL was 1.19 (95% CI, 1.12–1.28). In contrast, the hazard ratio for having an insulin-resistant triglyceride/HDL-c ratio was 1.68 (95% CI, 1.57–1.80), compared with an insulin-sensitive ratio. There was no difference in outcomes between insulin-resistant but normotensive patients and insulin-sensitive but hypertensive patients.

Conclusion:
Insulin resistance, as manifested by a high triglyceride/HDL-c ratio, was associated with adverse cardiovascular outcomes more than other lipid metrics, including LDL-c, which had little concordance. Physicians and patients should not overlook the triglyceride/HDL-c ratio.
Dietary total fat, fatty acids intake, and risk of cardiovascular disease: a dose-response meta-analysis of cohort studies
Conclusions: This current meta-analysis of cohort studies suggested that total fat, SFA, MUFA, and PUFA intake were not associated with the risk of cardiovascular disease. However, we found that higher TFA intake is associated with greater risk of CVDs in a dose-response fashion. Furthermore, the subgroup analysis found a cardio-protective effect of PUFA in studies followed up for more than 10 years.
The wrong white crystals: not salt but sugar as aetiological in hypertension and cardiometabolic disease
Thus, while there is no argument that recommendations to reduce consumption of processed foods are highly appropriate and advisable, the arguments in this review are that the benefits of such recommendations might have less to do with sodium—minimally related to blood pressure and perhaps even inversely related to cardiovascular risk—and more to do with highly-refined carbohydrates. It is time for guideline committees to shift focus away from salt and focus greater attention to the likely more-consequential food additive: sugar.
Leading Scientists Agree: Current Limits on Saturated Fats No Longer Justified - February 25, 2020