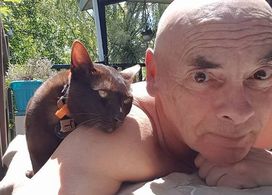 Vitamin D is responsible for increasing intestinal absorption of calcium, magnesium, and phosphate. In general, vitamin D functions to activate the innate and dampen the adaptive immune systems. (Study: Vitamin D and the immune system: new perspectives on an old theme "It is thus tempting to speculate that effects of vitamin D on this disease may involve both the activation of innate immunity, together with the suppression of adaptive immunity and associated inflammation.")
My Story

​Back around 2002 I took up golf and have played it an average of 3 days a week for the last 15 years. Prior to that I was accustomed to getting 2 or more episodes of a cold or flu each year. The last 15 years have seen me with no colds or flu whatsoever. What is this strange link between golf and immunity to colds?

My conclusion has been that it must be related to the sunshine I'm getting on such a regular basis throughout the year. This has been backed up by the research I've done on the benefits of vitamin D and much of which I've linked to below.

Read on to find out more of the potential benefits of getting out in the sun more often - or supplementing if that is difficult.
I recently had a section here on Vitamin D as it relates to Covid19 but have moved the studies and links to a separate page here.

Sunlight and Vitamin D: Necessary for Public Health - Journal of the American College of Nutrition
The World Health Organization's International Agency for Research on Cancer recommends avoiding outdoor activities at midday, wearing clothing to cover the whole body, and daily use of sunscreen on usually exposed skin. The American Cancer Society advocates Slip! Slop! Slap! and Wrap! to make sure skin is covered in clothing or sunscreen and to avoid exposure to the sun between 10 am and 4 pm. The U.S. Surgeon General has issued a Call to Action focused on reducing ultraviolet (UV) exposure, whether from indoor UV or from the sun. Though these recommendations, all focused on reduction of skin cancer, are accompanied by brief acknowledgement of the importance of vitamin D for health, they persist in urging avoidance of the sun at the precise times when vitamin D can be synthesized in the skin—the hours between 10 am and 3 pm—and suggest that all necessary vitamin D can be obtained through food and dietary supplements.

These recommendations are understandable from the viewpoint of preventing the 3.5 million new cases of and 2000 deaths from nonmelanoma skin cancer in the United States each year, but they neglect the fact that we have a long cultural history of appreciation of the sun and use of UV radiation for healing purposes. Moreover, they neglect that we have evolved with physiological adaptations to help protect the skin from the sun when we are mindful of our exposure and do not burn. They neglect the fact that increased sun exposure, based on latitude, has been associated with protection from several different types of cancer, type 1 diabetes, multiple sclerosis, and other diseases. They also neglect the fact that exposure to the sun induces beneficial physiological changes beyond the production of vitamin D. Though adherence to the current sun-protective recommendations would likely result in the reduction of nonmelanoma skin cancer, that reduction would likely be overshadowed by the potential reduction in deaths from other cancers and from cardiovascular disease, which could be achieved by doubling average blood concentrations of 25-hydroxyvitamin D (25(OH)D) to 40 ng/mL through a combination of sun exposure and supplements.
For Those Who Like to Watch Video Lectures
How Does it All Work?

​Vitamin D functions within two systems in the human body:How is vitamin D absorbed and used in your body?Why is daily vitamin D input needed?Do nursing mothers need daily D3?Why does this matter for clinical trials?Conclusion 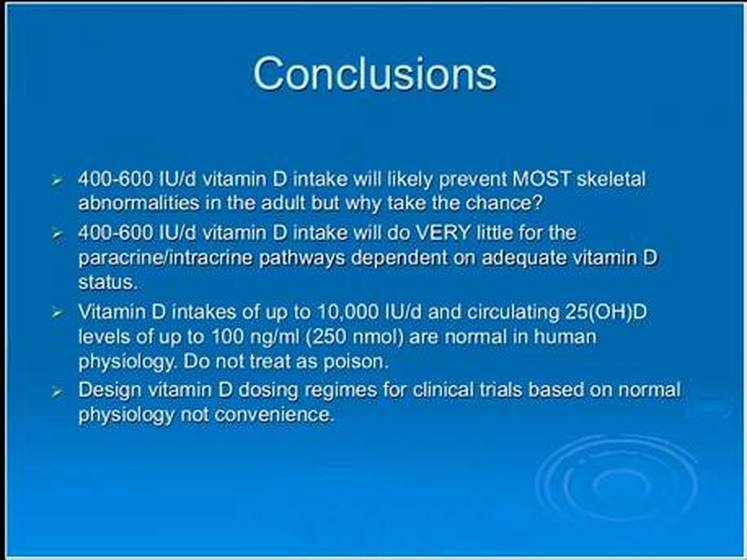 Vitamin D Deficiency Linked More Closely to Diabetes than Obesity
People who have low levels of vitamin D are more likely to have diabetes, regardless of how much they weigh, according to a new study published in the Endocrine Society’s Journal of Clinical Endocrinology & Metabolism.
ENDOCRINE.ORG
From Edward Hutchinson

Over the last 50 years health professionals have been trying to persuade people to stay out of the sun and use high protection sunscreen.

If we don't keep our 25(OH)D levels at or above 125nmol/l 50ng/ml with daily vitamin d3 or UVB exposure, we will not have freely bioavailable cholecalciferol present to maintain our endothelial barrier.
​
Dietary Vitamin D and Its Metabolites Non-Genomically Stabilize the Endothelium
https://www.ncbi.nlm.nih.gov/pmc/articles/PMC4607301/
Vitamin D and Epilepsy

The anticonvulsive effect of vitamin D is now supported by evidence coming from different sources including ecological and clinical interventional studies as well as animal experiments. Several antiepileptic drugs, especially those with enzyme inducer properties, decrease vitamin D level which paradoxically may predispose to more seizures. These facts together with the worldwide problem of vitamin D deciency and the known relationship of insufcient vitamin D levels with the major disorders of civilization warrant routine screening and supplementation of vitamin D in epilepsy patients. Further studies are needed to more closely determine the optimal level of vitamin D from the epilepsy point of view.
​
Epilepsy and Vitamin D (PDF Download Available). Available from: https://www.researchgate.net/publication/257070539_Epilepsy_and_Vitamin_D [accessed Sep 27, 2017].
General Links to Vitamin D Articles
​
​Skin cancer and all-cause mortality (from the paper)
"Sunlight exposure and fair skin are major determinants of both skin cancer and vitamin D production. Due to similar etiology and prognosis, basal cell carcinoma and squamous cell carcinoma are often grouped as non-melanoma skin cancer (NMSC). NMSC is related to cumulative UV radiation and has a good prognosis. Cutaneous malignant melanoma (MM) is the skin cancer mainly related to increased mortality and is related to episodic overexposure to UV radiation. There seems to be a relationship between higher sun exposure and MM incidence but an inverse relationship to prognosis. High UV exposure increases the incidence, while low sun exposure habits/vitamin D levels have been linked to thicker, more aggressive melanomas with shorter survival times. The incidence of MM has shown the greatest increase of all cancers during the last 30 years. The disease is reported to be fatal in approximately 20% of patients. In line with these prior results, we reported that of those contracting MM, 35% of women with low sun exposure and 10% of those with the highest sun exposure habits died during the follow-up period in the MISS cohort, i.e. an eight-fold increased risk of all-cause mortality among those with low sun exposure. Further, when grouping women based on skin cancer status (no skin cancer, NMSC, or MM) and sun exposure habits (low sun exposure, moderate exposure, or highest exposure), women with the highest sun exposure habits contracting NMSC had the highest life expectancy, while those avoiding sun exposure and contracting MM had the lowest survival rate. In agreement with our findings, US Navy personnel have been reported to have a 26% reduced all-cause mortality, but a higher risk of skin cancer and a reduced risk of other internal cancers. 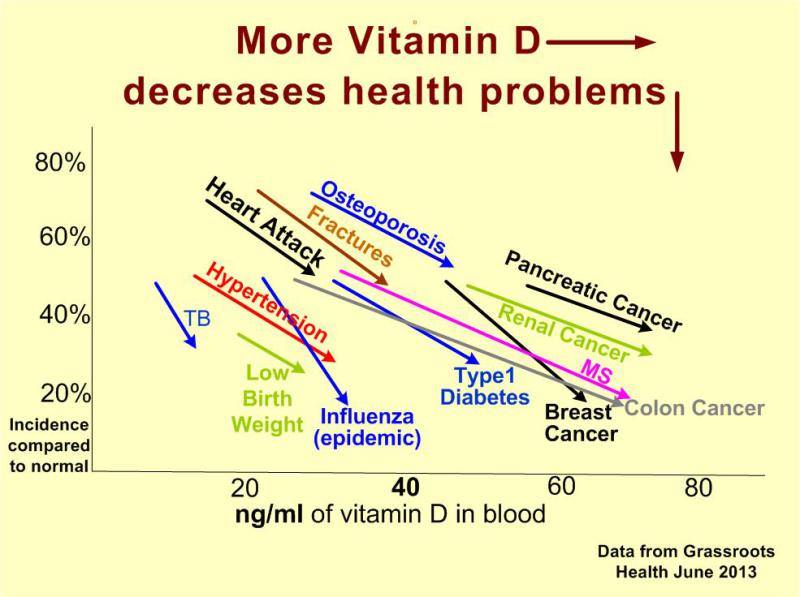 Journalism Bias at Its Best

Just in -  a couple of rather slanted views on vitamin D from the NY Times - who think that the $15 a year I spend is helping support a research grantAnd this from Harvard Thankfully someone has written a rather excellent rebuttal of the 'Shadowy Money' dissertation
The sun goes down on Vitamin D: why I changed my mind about this celebrated supplement
Article by Dr Tim Spector in The Conversation describing why he is now against vitamin D supplementation - however he seems to cherry pick articles and doesn't think about why some dosing regimens show poor or negative results. Anyone familiar with some of the articles I've linked above will understand that frequency of dosing matters. Giving someone 40k or 60k bolus doses monthly will be bound to have little effect when the half life of the substance is 24 hours or 2 weeks depending on whether the organs need it or the bones do. As the studies show, infrequent large doses can actually create problems with bone fractures.

These are the D3 supplements I've found to be cost-effective 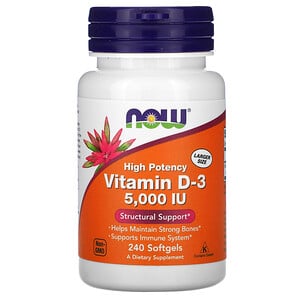 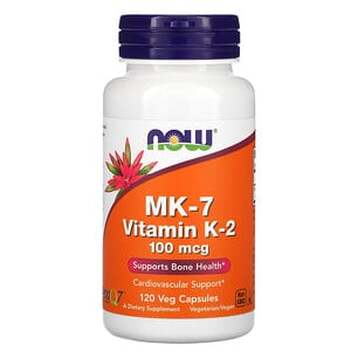