Calories In - Calories Out 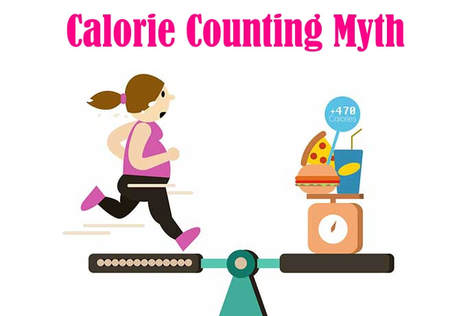 Does a calorie equal a calorie?
Andy Lopez in the Facebook group Fat Head has this to say:

​The mechanism you're looking for is a subject that almost NOBODY in this group understands completely. Many people know many separate parts but can't put all the parts together and connect the dots.

There are several mechanisms and reasons the low carb diet works, but the main ones are:

LIPOLYSIS, breakdown of stored body fat FOR ATP ENERGY, NOT CALORIES. Lipolysis is blocked by Insulin stimulated by high carb intake and does not occur.

STORAGE, of the SIX substances that contain "calories" that the body can use to make ATP cell energy, carbs, fats, protein, ethanol, polyols and organic acids, the ONLY one of those 6 macronutrients that can be stored and that there is a storage mechanism for is CARBS, and the mechanism is conversion of ALL blood glucose in excess of energy demand and in excess of the homeostatic 1 teaspoon amount of blood glucose to triglycerides which are stored in adipose tissue via INSULIN. Contrary to popular belief, there is NO mechanism for storage of dietary food fats eaten separately from carbs.

ENERGY demand, NOT calorie demand.
​Part of why the low carb diet works is because of the protein component for 3 reasons:
1. Protein is not stored because there is no mechanism that causes protein storage,
2. Protein is NOT used for energy if and when you're eating any of the other 5 of the 6 substances the body can make ATP energy from because protein is more important and is prioritized for use as cell structure and production of hormones and enzymes, and
3. Protein requires so much energy to deaminate so it can be metabolized that protein actually causes an ENERGY deficit at the same time you're eating CALORIES. It's called The Specific Dynamic Action of Protein, aka the Thermal Effect Of Food.

Harvard did the study you're looking for about that:

"In April 2003, Harvard University found people on a low carbohydrate diet could eat 25,000 MORE CALORIES than those on a high-carbohydrate diet and at the end of the 12-week study, THEY GAINED ZERO POUNDS!

(The director of the study was mystified because she too had believed that a calorie is a calorie, regardless of what food it comes from. LOL) https://brianpeskinonline.wordpress.com/.../the-calorie.../

As the “Textbook of Medical Physiology” on page 908 makes clear:

By eating protein, your metabolism is raised 30% for up to 12 hours.
This effect is called the specific dynamic action of protein!

This means that if you normally need 2,000 calories of energy each day for metabolic processes, then by eating lots of protein you will now require 2,600 calories just to maintain yourself. Guess what fuels the additional energy requirement? You’ve probably guessed it – MORE OF YOUR BODYFAT. Mission accomplished."

Calories-in-calories-out, substrate cycles and diesel engines
​"​Discussions on energy balance and diet have not improved over the years. Most of social media and even the medical literature pretty much conform to what is called, in communications, half-duplex, and tends to generate, as they say, more heat than light. What remains interesting, however, are the scientific points associated with metabolic inefficiency"
Is a Calorie Really a Calorie? Metabolic Advantage of Low-Carbohydrate Diets
The first law of thermodynamics dictates that body mass remains constant when caloric intake equals caloric expenditure. It should be noted, however, that different diets lead to different biochemical pathways that are not equivalent when correctly compared through the laws of thermodynamics. It is inappropriate to assume that the only thing that counts in terms of food consumption and energy balance is the intake of dietary calories and weight storage. Well-controlled studies suggest that calorie content may not be as predictive of fat loss as is reduced carbohydrate consumption. Biologically speaking, a calorie is certainly not a calorie. The ideal weight loss diet, if it even exists, remains to be determined, but a high-carbohydrate/low-protein diet may be unsatisfactory for many obese individuals.​

​It is increasingly clear that the idea that "a calorie is a calorie" is misleading. The calorie content may not be as predictive of fat loss as is reduced carbohydrate consumption. Different diets (e.g., high-protein/low-carbohydrate vs. low-protein/high-carbohydrate) lead to different biochemical pathways (due to the hormonal and enzymatic changes) that are not equivalent when correctly compared through the laws of thermodynamics [6]. Unless one measures heat and the biomolecules synthesized using ATP, it is inappropriate to assume that the only thing that counts in terms of food consumption and energy balance is the intake of dietary calories and weight storage. Recently, Feinman and Fine concluded: "Metabolic advantage with low carbohydrate diets is well established in the literature... Attacking the obesity epidemic will involve giving up many old ideas that have not been productive. "A calorie is a calorie" might be a good place to start [31]." However, there will be metabolic accommodations and one cannot assume that the metabolic advantage (i.e., greater weight loss compared to isocaloric high-carbohydrate diet) will stay the same over a long term. The ideal weight loss diet, if it even exists, remains to be determined, but a high-carbohydrate/low-protein diet may be unsatisfactory for many obese individuals.

The Failure of the Calorie Theory of Obesity
​Jason Fung

So BMR drops. We’ve known this for over a century. If you cut a few calories every day, your body will burn less calories and you will not lose fat. Weight loss plateaus and then you start to regain weight. So, counting calories, as a strategy for weight loss, has been proven over and over again to fail.