Vaccine Essentials - slide stack by Steve Kirsch vaccination as it relates to mRNA vaccines for Covid 19
Doctor Malcolm Kendrick on Vaccines
Measles: neither gone nor forgotten:
Wild vs Artificial Exposure to Measles Are Not Equal
- Response to Editorial in British Medical Journal
"Experts have acknowledged that the current measles vaccine cannot eradicate measles because of primary and secondary failure.[1] Studies have found that the concentration and duration of maternal antibody protection for infants with vaccinated mothers is lower and shorter than protection provided by non-vaccinated mothers [2] , and it has been found that a third dose of MMR cannot boost protection for any length of time [3] , leaving most adults unprotected. We have entered a vaccine-era of vulnerable infants and vulnerable older adults—populations that were protected when measles circulated naturally. It’s a messy conundrum, and it cannot be laid at the feet of those who opt out of vaccination. For the vast majority of healthy children who can easily handle a case of measles in childhood, vaccination provides no personal benefit and exposes them only to vaccine injury risk and vulnerability to measles in adulthood."
Measles Outbreak Associated with Vaccine Failure in Adults — Federated States of Micronesia, February–August 2014
Summary
What is already known on this topic?
Measles outbreaks occur when the virus is introduced into a population with inadequate immunity, and are almost always caused by failure to vaccinate a high proportion of susceptible persons. Although measles is typically a disease of childhood, persons of all ages can acquire measles, especially in small, isolated, island populations like the Federated States of Micronesia (FSM), where measles has not circulated for many years.
What is added by this report?
After 20 years with no reported measles cases, FSM experienced a moderately large outbreak in 2014 with 393 cases reported. Vaccinated adults accounted for more than half of all cases, demonstrating that in rare circumstances vaccine failure can play a role in measles susceptibility. The cause of the vaccine failure in adults was not determined, although historical cold chain lapses might have reduced vaccine potency and resulted in accumulation of susceptible persons. Moderately high routine 2-dose coverage among children limited transmission in this age group, with the exception of infants who were too young to be vaccinated.
What are the implications for public health practice?
Sustained high 2-dose measles vaccination coverage through routine immunization programs and supplemental immunization activities is needed to prevent the spread of measles outbreaks, even where vaccine failure is a key component of the outbreak. Rapid mass vaccination campaigns can be effective in limiting outbreak spread and should be tailored to the pattern of susceptibility revealed by the outbreak.
“Let There Be Light”: The Role of Vitamin D in the Immune Response to Vaccines
Inverse relationship between serum vitamin D level and measles antibody titer: A crosssectional analysis of NHANES, 2001-2004
Preventive Effects of Vitamin D on Seasonal Influenza A in Infants: A Multicenter, Randomized, Open, Controlled Clinical Trial
Results: Of 121 cases in total, 78 and 43 cases of influenza A infection occurred in the low-dose and high-dose vitamin D groups, respectively. There was a significant difference between the groups (χ 2 = 14.6324, P = 0.0001). Among the cases of influenza infection, the median durations for fever, cough and wheezing were shorter in the high-dose vitamin D group than in the low-dose vitamin D group. The viral loads showed a downward trend in both groups and were significantly different between the groups at the second and third detections. Additionally, the incidences of adverse events and severe adverse events were very low and not significantly different between the 2 groups.

Conclusion: High-dose vitamin D (1200 IU) is suitable for the prevention of seasonal influenza as evidenced by rapid relief from symptoms, rapid decrease in viral loads and disease recovery. In addition, high-dose vitamin D is probably safe for infants.
Med Science Research Database on studies related to dangers of vaccines
Leaflets 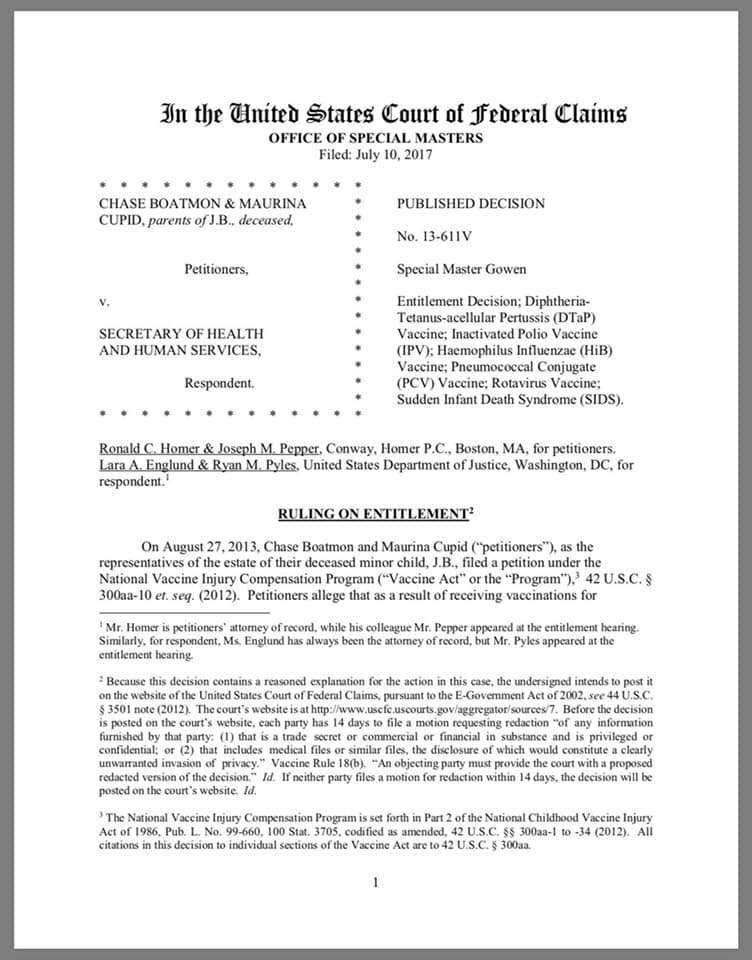 Rise in autism coincides with rise in vaccines
http://www.ncbi.nlm.nih.gov/pubmed/21623535

A two-phase study evaluating the relationship between Thimerosal-containing vaccine administration and the risk for an autism spectrum disorder diagnosis in the United States
http://www.ncbi.nlm.nih.gov/pmc/articles/PMC3878266/

Elevated levels of measles antibodies in children with autism. - PubMed - NCBI
Pediatr Neurol. 2003 Apr;28(4):292-4. Research Support, Non-U.S. Gov't
www.ncbi.nlm.nih.gov
A study published in the Journal of Biomedical Sciences determined that the autoimmunity to the central nervous system may play a causal role in autism. Researchers discovered that because many autistic children harbour elevated levels of measles antibodies, they should conduct a serological study of measles-mumps-rubella (MMR) and myelin basic protein (MBP) autoantibodies. They used serum samples of 125 autistic children and 92 controlled children. Their analysis showed a significant increase in the level of MMR antibodies in autistic children. The study concludes that the autistic children had an inappropriate or abnormal antibody response to MMR. The study determined that autism could be a result from an atypical measles infection that produces neurological symptoms in some children. The source of this virus could be a variant of MV, or it could be the MMR vaccine.
http://www.ncbi.nlm.nih.gov/pubmed/12145534
IMPORTANT-
Fetal Cells & Vaccine Contaminates- 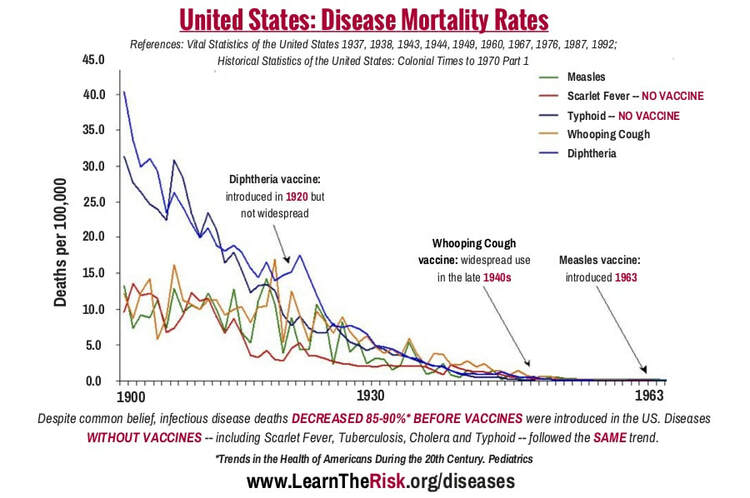