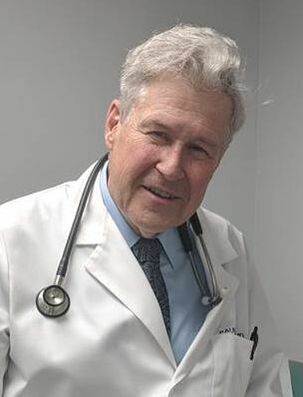 "Why Gluconeogenesis is Not "Demand Driven" in Insulin Resistant People

The biggest controversy I am aware of is the insistence of many people in the ketogenic community that "Gluconeogenesis is demand driven and not supply driven" as championed by among others Dr. Ted Naiman (a fellow family medicine doctor).  They assert that it only matters how many carbs you eat and that excess protein will not get converted to glucose unless the blood sugar is low. I personally think that a diet high in protein is a very bad idea for a number of reasons. First if one eats nothing but lean protein you can actually die of a condition called "Rabbit Starvation".  Second when you eat protein there are only 2 things that can happen to that protein.  The body can use it to build new proteins and do repairs or it can change it to sugar and either burn the sugar or store the sugar as fat or glycogen.  The body has no mechanism for storing protein for later use and eating very high levels of protein do not lead to extra lean muscle being produced past the 1.0-1.5 grams of protein/kg/day level.  For every molecule of amino acid that is converted to sugar, one or two waste molecules of ammonia (NH3) are produced via "deamination".  The body converts two NH3 molecules to urea (Uric Acid) in the liver and this waste product is excreted in the urine.  But high levels of urea are toxic to the body. Certainly people with healthy kidneys will not have a significant problem getting rid of the excess urea but while the urea is around, high levels oxidise the nitrous oxide our bodies produce to keep the arteries dilated.   Here's a quote from a review article on the problem "UA possesses free-radical-scavenging properties[2,3] and is the most abundant antioxidant in human plasma.[4–6] It may also act as a prooxidant under conditions of oxidative stress.[7–10] Markedly increased levels of UA (>6.2 mg/dl or >370 μM) are known to cause gout and nephrolithiasis, but more importantly have been associated with increased risk for the development of cardiovascular disease, particularly hypertension, obesity/metabolic syndrome, and kidney disease.[11–15]"   It's felt that the high levels urea in the blood because of all the gluconeogenesis in diabetics may be one of the main factors in the essential hypertension that pretty much everyone with the metabolic syndrome has.

There is a fair amount of evidence that a diet high in protein can put the body into a catabolic state that accelerates aging and increases the risk of degenerative diseases such as cancer.  The main proponent of this theory that I am aware of is Dr. Ron Rosedale. He presents the evidence nicely in this lecture and has promised a book which I have still to see though it is a year after his promised publication date.  Here's a link to his lecture called: "Dr. Ron Rosedale - 'The Early Ancestral Connection Between Protein, Cancer, Aging and TOR'" While I am not totally convinced by the evidence I still think this risk combined with the other risks of a high protein diet lead me to want to err closer to the minimum protein needs.  My 2 favorite references on the minimum protein needs are this blog by Dr. Stephen Phinney: "How Much Protein Do You Need In Nutritional Ketosis?".  I also think that Richard Morris did a great job researching and presenting this information on how much protein is really needed in our diets:  Richard Morris - 'Protein? How much'

So finally getting back to the question is eating a lot of protein going to cause glucose spikes due to increased gluconeogenesis i.e. is gluconeogenesis "demand" or "supply" driven here's what the evidence I have found supports.  In a metabolically healthy individual with no insulin resistance as indicated by a triglyceride/HDL ratio less than 1 and/or a normal HOMA-IR score (I have written in depth about these tests and the process of determining insulin resistance in my blog:  "Am I Insulin Resistant?") in my opinion excess protein is unlikely to cause high glucose spikes or excess calorie consumption and is probably slowly converted to glucose and either burned or stored as fat through the normal metabolic pathways designed to deal with excess protein without excessive elevation of blood glucose in these lucky folks that make up no more than a third of all Americans.

On the other hand in a person who is insulin resistant and thus has started on that yellow brick road that leads to the metabolic syndrome, prediabetes, diabetes and all the nasty stops beyond, excess protein is quickly converted to glucose and spikes blood sugar levels.  The reason for this is that the rate of gluconeogenesis is primarily controlled by the hormone glucagon. Normally when we eat protein we secrete 50-100% as much insulin gram for gram as when we eat carbohydrate. Normally when insulin rises, the alpha cells in the pancreas that make glucagon sense the insulin and shut down the production of glucagon and then gluconeogenesis downregulates.  In insulin resistant folks the alpha cells like the insulin producing beta cells in the pancreas are inflamed and inflamed alpha cells have a paradoxical response to insulin in that instead of shutting down glucagon production when insulin rises, they either don't shut down or paradoxically increase glucagon production leading to high glucose spikes. Here's a quote from this article: "The problem is that when the beta cells give out, the alpha cells don’t give out as well. In fact, they often secrete even more glucagon than they would in a nondiabetic. Glucagon tells the liver to produce and secrete glucose, so the BG levels stay high even when you don’t eat.”  Here's a quote from a scholarly article titled "The role of glucagon on type 2 diabetes at a glance":  "Although the pathogenesis of T2D is classically focused on insulin resistance and beta-cell dysfunction, the inappropriately increased alpha-cell function and consequent hyperglucagonemia has long been recognised as a contributor to hyperglycemia in diabetic patients, by stimulating hepatic glucose production [29] "

So you might say that Dr. Naiman and I are both right.  PS I recommend that people with insulin resistance do intermittent fasting and eat a diet that derrives 70-80% of it's calories from fat.  Dr. Naiman in a recent Podcast on "The KetoHacking MD (John Limansky) program said he personally ate protein/fat in a 1:1 ratio gram for gram which is 69% fat calories, not that different from what I recommend."
Paul has written the above, discussing his problem with the idea of gluconeogenesis being demand driven. I take issue with some of the statements. The main issue I have is that we are unlikely to eat 'too much' protein because it is very satiating and as long as we are eating it in the context of real whole food meats, it is unlikely to be out of proportion with fat.

Secondly his assertion that in 'insulin resistant' people "excess protein is quickly converted to glucose and spikes blood sugar levels" is at odds with what actually happens because: